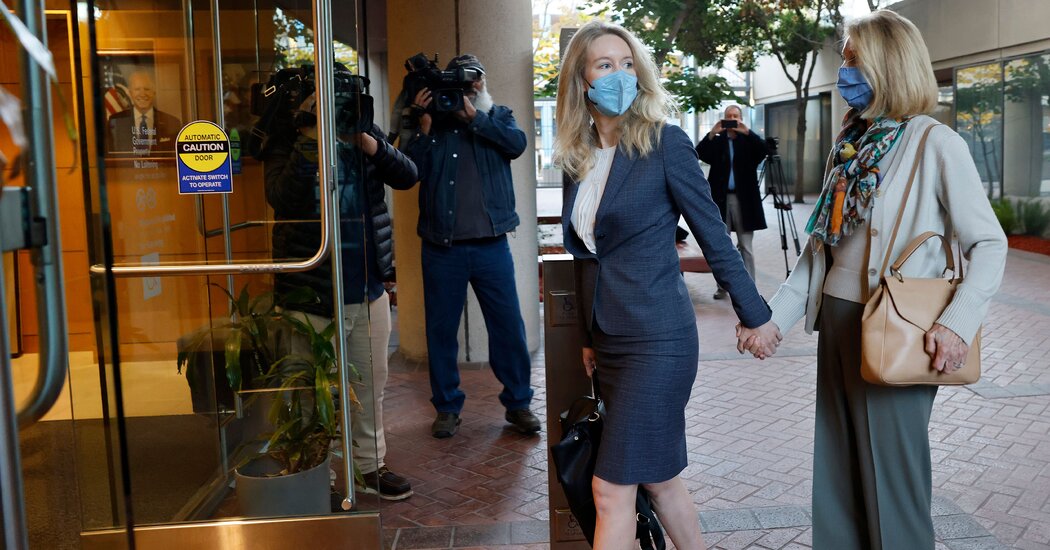 SAN JOSE, Calif. — In 2014, Dan Mosley, a lawyer and power broker among wealthy families, asked the entrepreneur Elizabeth Holmes for audited financial statements of Theranos, her blood testing start-up. Theranos never produced any, but Mr. Mosley invested $6 million in the company anyway — and wrote Ms. Holmes a gushing thank-you email for the opportunity.

Bryan Tolbert, an investor at Hall Group, said his firm invested $5 million in Theranos in 2013, even though it did not have a detailed grasp of the start-up’s technologies or its work with pharmaceutical companies and the military.

And Lisa Peterson, who handles investments for Michigan’s wealthy DeVos family, said she did not visit any of Theranos’s testing centers in Walgreens stores, call any Walgreens executives or hire any outside experts in science, regulations or legal matters to verify the start-up’s claims. In 2014, the DeVos family invested $100 million into the company.

The humiliating details of bad investments like Theranos are rarely displayed so prominently to the public. But they have been laid bare in recent weeks at the trial of Ms. Holmes, 37, who faces a dozen counts of wire fraud and conspiracy to commit wire fraud; she has pleaded not guilty. She and Theranos fell from grace — with investor money evaporating and the company shutting down in 2018 — after claims about its blood-testing technology were shown to be false.

Now in its ninth week, Ms. Holmes’s trial has offered an especially clear picture of the many ways sophisticated investors can be swept up in the hype of a hot start-up, ignoring red flags that look obvious in hindsight. That behavior still resonates today, as investors compete to pour money into Silicon Valley start-ups, which have been in a frenzied state of record-breaking fund-raising.

With so many new investors flocking to start-ups, due diligence is sometimes so minimal that it is used as a punchline, investors said. An overheated market “definitely creates an environment for people to make more inflated claims” and may even tempt them to lie, said Shirish Nadkarni, a longtime entrepreneur, investor and author.

During its lifetime, Theranos exemplified that dynamic. The company raised $945 million from famous venture capitalists including Tim Draper, Donald Lucas and Dixon Doll; wealthy heirs to the founders of Amway, Walmart and Cox Communications; and powerful tech and media moguls such as Larry Ellison and Rupert Murdoch.

And as investors have testified at Ms. Holmes’s trial, a central tension has emerged around due diligence. Could these investors have avoided disaster if they had simply done better research on Theranos? Or were they doomed because their research was based on lies?

Prosecutors have presented a growing list of examples supporting the latter argument. For example, Theranos added pharmaceutical company logos to validation reports indicating the pharmaceutical firms had endorsed its technology when they hadn’t, according to evidence and testimony. Theranos also claimed in late 2014 that it would bring in $140 million in revenue that year when it had none, according to evidence and testimony. The start-up also faked demos of its blood-testing machines to investors, witnesses have testified.

In response, Ms. Holmes’s lawyers have needled Theranos’s investors for their oversights, aiming to convince the jury that the investors were the ones at fault for not digging into Ms. Holmes’ claims.

Her lawyers recently pushed Wade Miquelon, the former chief financial officer of Walgreens, to admit that he didn’t know if his company had ever gotten one of Theranos’s devices in its offices for testing before entering into a partnership. The lawyers also got Mr. Mosley to concede he never directly asked Ms. Holmes whether a pharmaceutical company had written the validation report.

The strategy has sometimes veered into condescension. That was evident last week when Lance Wade, a lawyer for Ms. Holmes, asked Ms. Peterson, an investment professional, if she was familiar with the concept of due diligence.

“You understand that’s a typical thing to do in investing?” he said.

The investors have pushed back, explaining that they were acting on false information supplied by Ms. Holmes.

“You’re trying to measure our sophistication as an investor when we weren’t given complete information,” Ms. Peterson said. Mr. Wade asked the judge to strike the comment from the record.

Still, testimony from pharmaceutical company executives who interacted with Theranos showed it was possible to see through at least some of Ms. Holmes’s grandiose claims.

Constance Cullen, a former director at Schering Plough, said this week that she was responsible for evaluating Theranos’s technology in 2009. She said she came away “dissatisfied” with Ms. Holmes’s answers to her technical questions, calling them “cagey” and indirect. She said she stopped responding to emails from Ms. Holmes.

Shane Weber, a director at Pfizer, looked into Theranos in 2008 and concluded that the company’s responses to his technical questions were “oblique, deflective or evasive,” according to a memo used as evidence. He recommended Pfizer cease working with Theranos.

But investors were less probing, especially when Ms. Holmes appealed to their egos. Her persona as a visionary, bolstered by magazine cover stories and personal eccentricities, created a sense that backing Theranos was an exclusive and elite opportunity.

In testimony and evidence, Ms. Holmes was shown to have guarded information about the business, calling it a trade secret. She told investors she sought out wealthy families who would not want to see a return on their investment anytime soon, making those that she picked feel special with formal invitations. And she controlled the company tightly with “supervoting” shares worth 100 times the power of other shares.

“She has a firm grasp on the company, let there be no mistake,” Christopher Lucas, a Theranos investor, said on a call with other investors that was recorded and played in court. “She would have the right to cast out investors.”

Mr. Lucas’s firm, Black Diamond Ventures, invested around $7 million into Theranos, despite not getting access to its financial information or examining all of its corporate records. This was unusual, Mr. Lucas testified on Thursday, but Ms. Holmes told him the information was sensitive because a leak could “give competitors a chance to crush the company.”

That secrecy extended to due diligence. Ms. Peterson testified that she was scared Ms. Holmes would cut her firm out of the deal if they dug deeper into the details of Theranos’s business.

“We were very careful not to circumvent things and upset Elizabeth,” she said. “If we did too much, we wouldn’t be invited back to invest.”

Mr. Nadkarni, the longtime investor, said such behavior sounded familiar. He said he had observed a loosening of diligence in deals he’s been involved with over the last year.

It hasn’t led to many problems while times were good, he said, but “if something happens to the economy, then everyone is going to be toast.”

EA says NFTs are part of the future of games industry