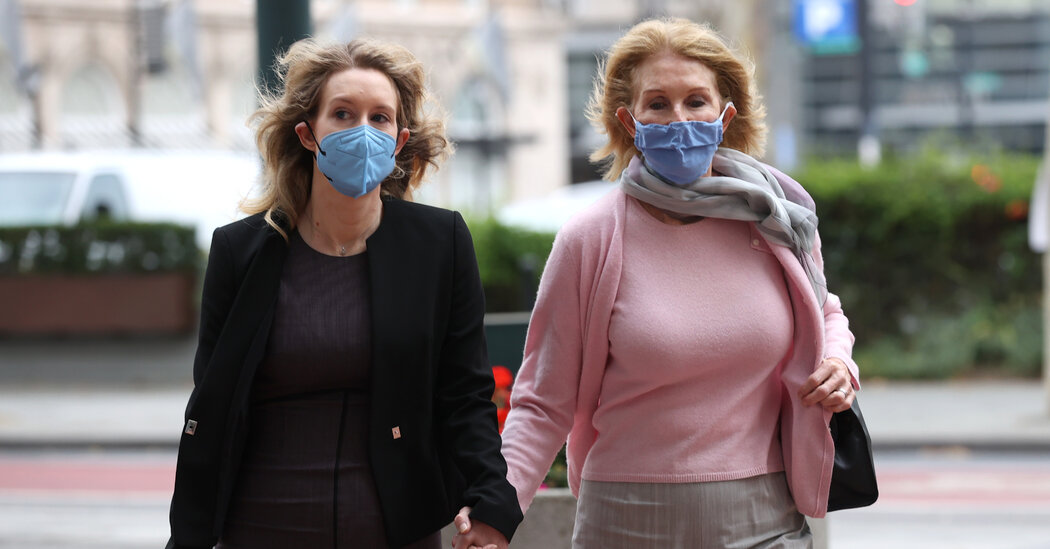 SAN JOSE, Calif. — The fifth week of the trial of Elizabeth Holmes, the founder of the blood testing start-up Theranos, offered only brief moments of drama amid long stretches of technical tedium.

Ms. Holmes is fighting 12 counts of fraud for her role in building Theranos into a $9 billion company that collapsed when it was revealed that its blood tests did not work. She has pleaded not guilty; if convicted, she faces up to 20 years in jail.

Ms. Holmes’s reputation as a tech and business prodigy — and the intense interest in her downfall — has turned the trial into a media spectacle. But a month in, the minutiae of the case, which hinges on whether Ms. Holmes intended to mislead investors, has begun to drag.

While the trial usually takes place three days a week, Friday’s session was canceled for Columbus Day. Here are takeaways from the week.

Theranos’s former lab director gets into the weeds.

Adam Rosendorff, who was Theranos’s lab director in 2013 and 2014, testified for six days about highly technical elements of the company’s inner workings. Jurors’ eyes glazed over at detailed discussions of Immulite reagents, Advia machines, immunoassays, Vacutainers, and an array of acronyms like Q.C. (quality control) and H.C.G. (a hormone test).

Even Judge Edward Davila, typically reserved and patrician, hinted at exasperation as lawyers from both sides sparred over whether Dr. Rosendorff could be questioned about investigations that happened at companies he worked for after Theranos. The defense had already had four days to poke holes in Dr. Rosendorff’s testimony, Judge Davila said.

Despite the tedium, Dr. Rosendorff’s testimony was critical to the prosecution’s case. He described repeated instances of irregular and inaccurate results in Theranos’s blood tests, which he said made him uncomfortable and ultimately led him to leave. He said he left because he “wanted to join a reputable company whose mission I believed in.”

Lance Wade, a lawyer for Ms. Holmes, attacked Dr. Rosendorff’s testimony by muddying that narrative. When Mr. Wade noted Theranos’s initial offerings were merely a “soft launch” for friends and family, downplaying any issues with the blood tests, Dr. Rosendorff did not flinch. “Those are patients,” he said.

“It was a soft launch for friends and family,” Mr. Wade repeated.

“It was a patient launch,” Dr. Rosendorff said.

On Wednesday morning, before the proceedings, Judge Davila called a juror into the courtroom to discuss Buddhism. The juror, an older Asian woman, said she had become increasingly distressed about the trial. Her Buddhist practice is centered on love and forgiveness, she said, and it would be difficult for her to vote to convict Ms. Holmes. The juror said she could not follow the judge’s instructions to avoid thinking about punishment.

“What if she had to be in there for a long, long time,” she said, her voice breaking. The juror said she would blame herself.

Lawyers from both sides agreed to dismiss her.

The replacement juror, a young woman, had her own concerns. English was not her first language, she said. “It’s her future,” she said of Ms. Holmes. “I could make a mistake.”

The juror said she had understood all of the proceedings thus far. Judge Davila did not allow her to leave.

Keeping the jury together looms large over the four-month trial. In the first week, a juror was dismissed after learning her job would not compensate her for the time away. Each day, Judge Davila has asked the jurors whether they have been exposed to any media coverage that could sway their views.

The pandemic is also a risk. Even though all jurors are vaccinated and wear masks, one day of trial was already canceled because of a juror’s potential exposure to the coronavirus.

Steve Burd, the former chief executive of Safeway, on Wednesday began telling the story of Safeway’s partnership with Theranos, which ultimately unraveled.

Mr. Burd met Ms. Holmes in 2011 and was immediately impressed. He described the promises she had made about Theranos’s technology, testifying that he was excited to bring fast and cheap blood testing to Safeway’s grocery stores. People could shop for groceries while they waited for their results and picked up their prescriptions at Safeway’s pharmacies, he said.

The companies struck a deal for Safeway to pour as much as $85 million into Theranos by investing, buying its equipment and more. The negotiations were all done directly with Ms. Holmes with no lawyer present, a move Mr. Burd said he found “unusual.”

His testimony continues next week.

Red Dead Redemption 2 has some unforeseen edutainment worth,...

Do not hold your breath for Last Dream 16 at Tokyo Video Gam...