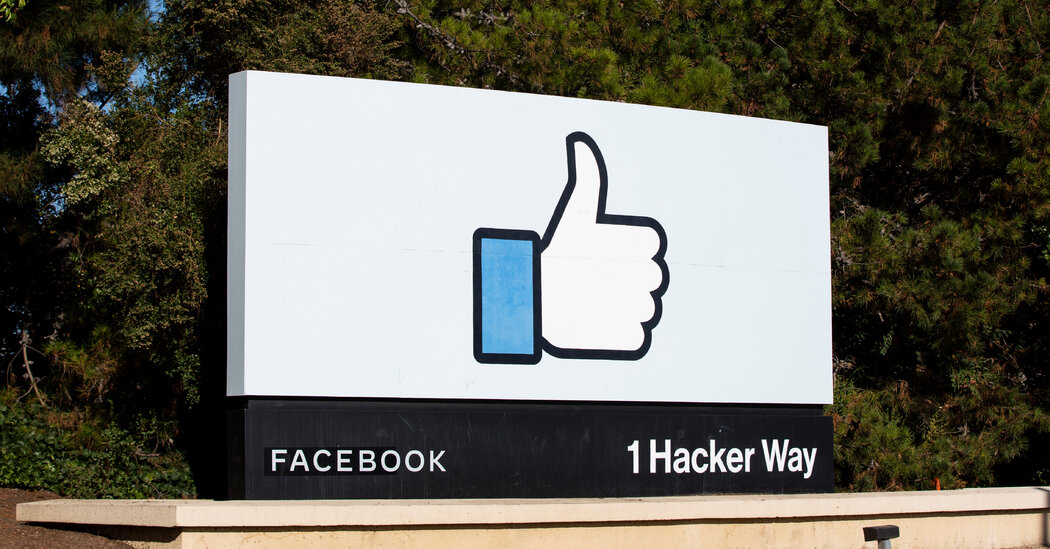 Facebook on Wednesday published two internal research reports about its photo-sharing app, Instagram, and downplayed their conclusions, as the company prepared for two congressional hearings in the next week that are focused on its products’ effects on children’s mental health.

The reports — “Teen Mental Health Deep Dive,” published internally in October 2019, and “Hard Life Moments,” published in November 2019 — were accompanied by annotations from Facebook that sought to contextualize the limitations of the research and chastised its own researchers for using imprecise language.

In one slide, with a title that said “one in five teens say that Instagram makes them feel worse about themselves, with UK girls the most negative,” Facebook wrote in its annotation that the research had not been intended to suggest a causal link between the app and well-being. The company said the headline emphasized negative effects but could have been written “to note the positive or neutral effect of Instagram on users.”

Facebook published the research as it grapples anew with questions about whether it is inherently harmful as a service. Articles published by The Wall Street Journal this month showed that the social network knew about many of the ills it was causing, including Instagram’s leading teenage girls to feel worse about their bodies and to increased rates of anxiety and depression.

That has led to calls by lawmakers and regulators for more regulation of the social network. After the renewed wave of criticism, Facebook said on Monday that it had paused development of an Instagram Kids service, which would be tailored for children 13 or younger.

Facebook said it provided the internal research reports to Congress on Wednesday. On Thursday, Antigone Davis, Facebook’s global head of safety, will testify at a Senate subcommittee hearing on mental health and social media. Next week, a Facebook whistle-blower, who has not been publicly identified, will also testify to lawmakers about Facebook’s and Instagram’s effects on young users.

In opening remarks for Thursday’s hearing, which were released late Wednesday, Senator Marsha Blackburn of Tennessee argued that Facebook, despite knowing the mental health risks, “was scheming to bring even younger users into their fold.”

“Facebook knows that its services are actively harming their young users,” Ms. Blackburn, the ranking Republican on the subcommittee, said in the prepared remarks. “In 2019 and 2020, Facebook’s in-house analysts performed a series of deep dives into teen use of Instagram that revealed ‘aspects of Instagram exacerbate each other to create a perfect storm.’”

Facebook has aggressively tried to reshape its image this year, including using its News Feed to promote some pro-Facebook stories; distancing Mark Zuckerberg, its chief executive, from scandals; and reducing outsiders’ access to internal data. The company has also decided to apologize less, people with knowledge of the shift have said.

Since The Journal’s articles were published, Facebook has also gone on the offensive, releasing several blog posts that argued that the pieces lacked context or were incomplete. On Sunday, the company published one slide and said, “It is simply not accurate that this research demonstrates Instagram is ‘toxic’ for teen girls.”

The selective publishing fueled further calls from researchers and lawmakers for the company to release the full reports. On Wednesday, Facebook did so with the annotations.

“We added annotations to each slide that give more context because this type of research is designed to inform internal conversations and the documents were created for and used by people who understood the limitations of the research,” said Liza Crenshaw, a spokeswoman for Instagram.

In the reports, one slide was titled “But, we make body image issues worse for 1 in 3 teen girls.” Facebook’s annotation said the methodology was “not fit to provide statistical estimates” and noted that the title of the slide was “myopic.” The company said the findings were meant only to represent the feelings of the survey takers and “not the teenage population of Instagram users in general.”

On the 66-slide “Teen Mental Health Deep Dive” presentation, which relied on in-person qualitative questioning of 40 teenagers and online surveys of more than 2,500 teenagers in the United States and Britain, one annotation called into question the definition of “mental health” in the presentation.

“‘Mental health’ should not be mistaken for a clinical, formal or academic definition,” the company wrote.

Another slide’s title said that “teens who struggle with mental health say Instagram makes it worse.”

In response, Facebook’s annotation said, “The headline should be clarified to be: ‘Teens who have lower life satisfaction more likely to say Instagram makes their mental health or the way they feel about themselves worse than teens who are satisfied with their lives.’”

Inferno stands to become yet another era-defining X-Men book