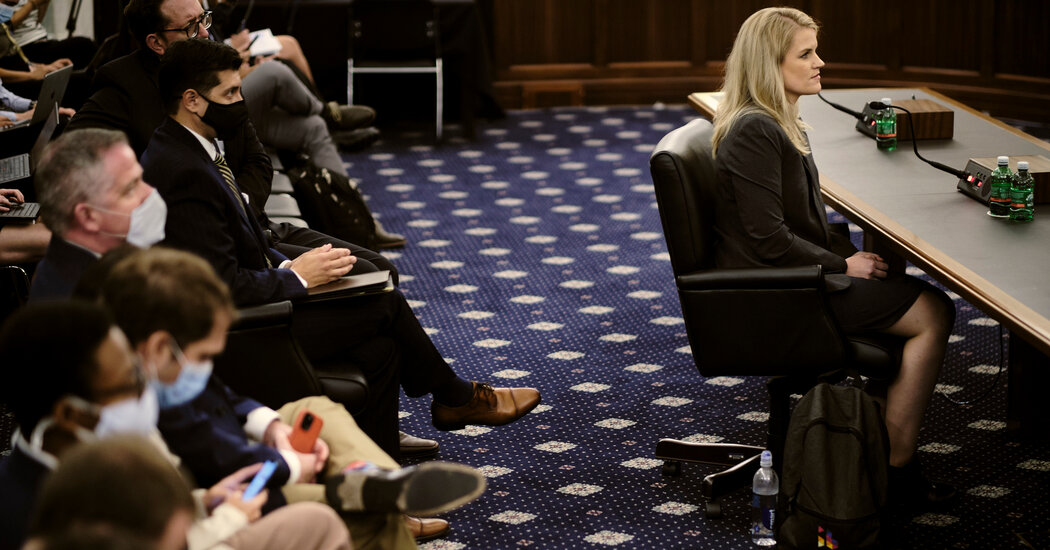 Executives also distributed a list of talking points, a copy of which was obtained by The Times, so workers knew what to say if friends and family asked them about “recent events.” That list included a denial that Facebook puts profit and growth above people’s safety and how the company has called for regulations from the government.

In Mr. Zuckerberg’s regularly scheduled question-and-answer session with employees, which took place on Thursday, he defended Facebook and disputed Ms. Haugen’s characterizations, according to the recording of the meeting.

“We care deeply about issues like safety and well-being and mental health,” he said at one point. “So when you see press coverage that just misrepresents our work and takes that out of context and then uses that to tell narratives that are false about our motives, it’s really hard and disheartening to see that.”

Between questions about a crippling Facebook outage on Monday, when all of the company’s apps became inaccessible globally for more than five hours, and issues surrounding labor certification for foreign employees, Mr. Zuckerberg also argued that Facebook spent far more on research and safety than larger companies such as Google, Apple and Microsoft.

He assured employees that Facebook would eventually come out for the better.

“The path to the long term is not smooth, right? It’s not this, like this straight line,” Mr. Zuckerberg said. “You know, sometimes, you get thrashed.”

Outside of the meeting, employees have had furious debates about Ms. Haugen and her claims. Some have argued that Facebook should invite her to speak at a companywide meeting, according to messages viewed by The Times. One said that her testimony was a “wake-up call” for Facebook that felt long overdue.

But other workers questioned Ms. Haugen’s motives, her background and her credentials. In one internal message, an employee said Ms. Haugen was “clueless.” Some said she lacked technical knowledge.

The hi-tech headbands that claim to reduce your stress