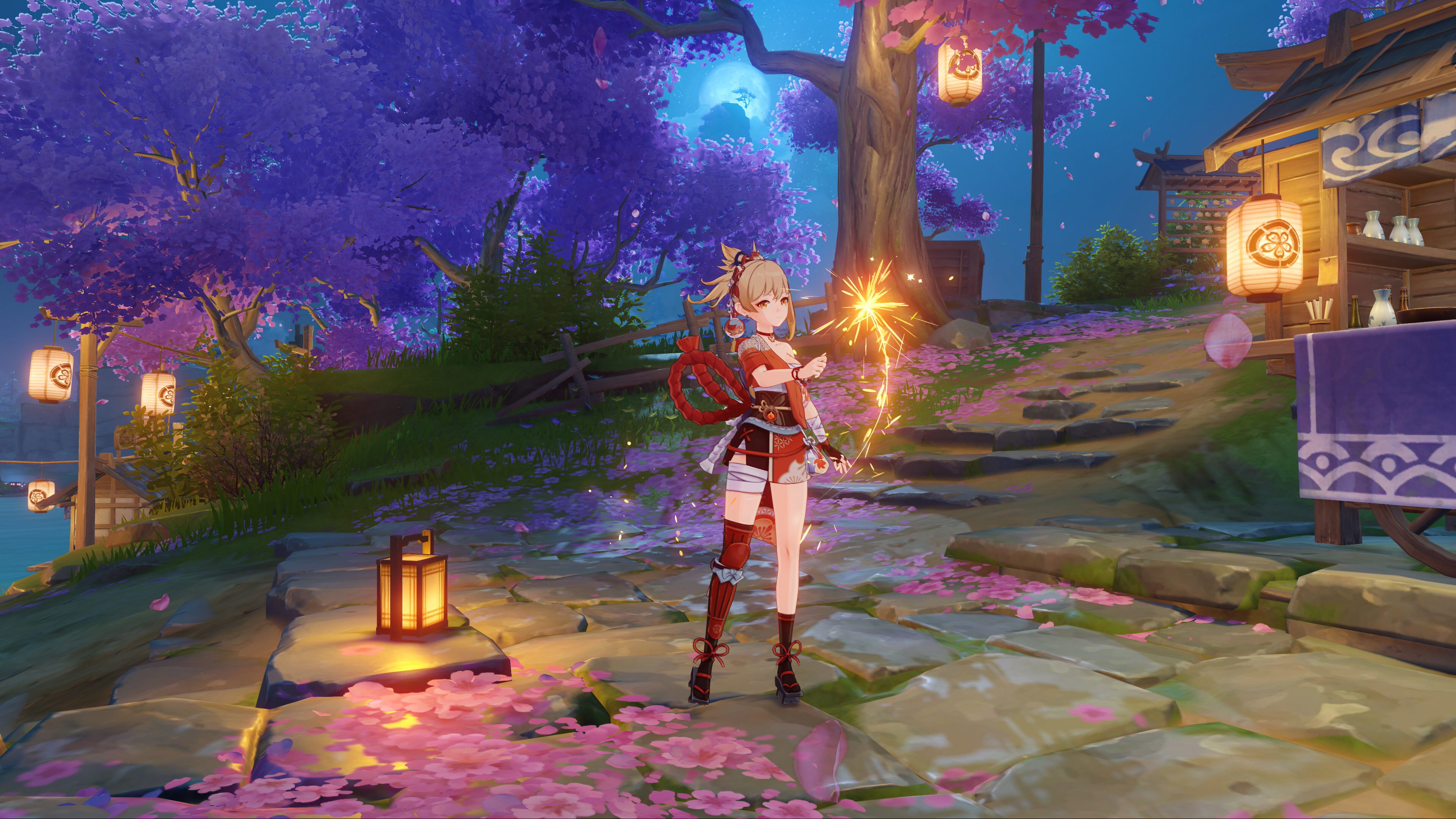 Genshin Impact’s next update is jumping straight from 1.6 to 2.0, reflecting that this will be possibly the game’s largest expansion yet: adding the new region of Inazuma, which is made up of three islands filled with new NPCs, adventures, and of course lots of lovely loot (and with more islands to come in later updates). It looks absolutely gorgeous, and developer MiHoYo says the big influences on the style were Spirited Away, My Neighbour Totoro, and other Studio Ghibli movies.

The expansion arrives on July 21, and is named ‘The Immovable God and the Eternal Euthymia’.

Here’s some blurb about the new region from the press release: “Unlike Mondstadt and Liyue, Inazuma is surrounded by the sea on all sides and consists of six main islands, often accompanied by a strong sea breeze and thunderstorms. Although Inazuma is greatly affected by fleeting lightning and the Electro element, the Electro Archon who rules the area has turned to the pursuit of eternity. Throughout the adventure in Inazuma, players will be able to explore the unique cultural landscapes, stories, secrets, and historical connections to Inazuma and the Electro Archon on each of the different islands, as well as the answers to eternity from the Electro Archon herself.”

The developer livestream was a departure for MiHoYo (it can be watched here), as we don’t often hear from the folk actually building the game, and they announced that v2.0 would arrive with “a massive amount of stories including main & side quests” and three new playable characters: Ayaka, Yoimiya, and Saya.

I’d be lying if I said I knew what was going on story-wise, but I do like this new NPC Toma, who’s described as “A bright and caring brother with a moderate amount of heat.”

The update will also arrive with cross-save across PlayStation, PC and mobile, so you won’t have any excuse not to put the hours in. Finally, the stream has served up three global limited codes so far, and we’ll update with any more. There’s AS6BQKLY9GLD, LS6T4L9ZZ7TH, and GBNA9J5H9Y4H, and you enter them here for various in-game goodies.

Plus new characters and weapons.