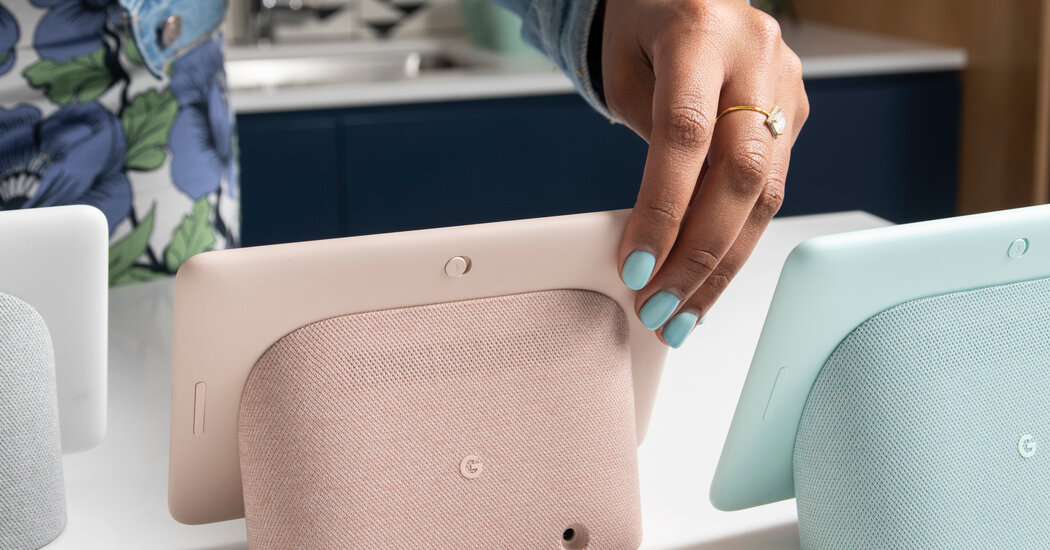 OAKLAND, Calif. — Google infringed on five audio technology patents held by the speaker manufacturer Sonos and is not allowed to import products that violate Sonos’s intellectual property into the United States, a trade court ruled on Thursday.

The final ruling by the United States International Trade Commission, a quasi-judicial body that decides trade cases and can block the import of goods that violate patents, closes a two-year investigation into the intellectual-property dispute.

Sonos had asked the trade commission to block imports of Google products that the speaker company says infringes on its patents. They include Google Home smart speakers, Pixel phones and computers, and the Chromecast streaming video device. Those items are made in China and shipped to the United States.

The import ban will go into effect in 60 days. During that time, the matter will be subject to a presidential review. The final ruling upheld a commission judge’s preliminary finding, in August, that Google should be subject to the import ban. After that initial ruling, the full commission met to consider whether to accept or overturn that decision.

The commission determined that Google had violated the Tariff Act of 1930, which aims to prevent unfair competition through actions such as the import of products that infringe on U.S. patents, trademarks or copyrights. The commission also issued a cease-and-desist order against Google.

“We appreciate that the I.T.C. has definitively validated the five Sonos patents at issue in this case and ruled unequivocally that Google infringes all five,” Eddie Lazarus, the chief legal officer at Sonos, said in a statement. “That is an across-the-board win that is surpassingly rare in patent cases.”

José Castañeda, a Google spokesman, said that the company disagreed with the ruling, but that it would work to ensure there was no disruption in the products used by customers or its ability to sell or import devices. Google said that the preliminary ruling in August approved alternative product designs that work around the patents, and that the commission did not challenge that decision on Thursday.

“We will seek further review and continue to defend ourselves against Sonos’s frivolous claims about our partnership and intellectual property,” Mr. Castañeda said in a statement.

Sonos also has two patent infringement lawsuits pending against Google in federal court. The first, filed in January 2020 in U.S. District Court in Los Angeles, was stayed pending the International Trade Commission decision because the cases involve overlapping patents. The second, involving a different set of patents, is proceeding in U.S. District Court in San Francisco.

In his statement, Mr. Lazarus said that the alternative designs proposed by Google might “degrade or eliminate product features in a way that circumvents the importation ban” but that Google’s products still infringed on dozens of other Sonos patents. He urged Google to pay a “fair royalty” to license Sonos’s technology.

The impact of the ruling on Google’s business appears limited, because the import ban is likely to have little impact on newer products that use different technologies. It also does not affect Google’s main cash cow, online advertising.

Google’s parent company, Alphabet, lumps sales of hardware products in with “other” non-advertising businesses, including sales of apps and digital media. This category accounted for 18 percent of Alphabet’s revenue in the third quarter, which ended in September.

Sonos has claimed that it shared details of its technology with Google starting in 2013 when the two companies began working together. Initially, Google was not a competitor, but it started moving into Sonos’s space, first with a small device to stream music in 2015 and then with its Google Home speaker in 2016.

Sonos said Google was violating more than 100 of its patents and proposed a licensing deal to Google. The two companies were unable to reach an agreement.

The lawsuits are in part a byproduct of the sprawling businesses of today’s tech giants. Google started as a search engine more than two decades ago. Today, it makes a wide range of hardware products, including smartphones, computers and connected home devices. It sells computing infrastructure to other businesses, as well as high-speed internet connectivity to ordinary consumers.

With each extension of its business, Google muscles onto the turf of smaller companies that did not expect to tangle with a behemoth with seemingly unlimited resources.

Sonos was a pioneer in home speakers that stream music or podcasts from smartphones and that can be wirelessly networked together to play songs in different rooms. However, Google, Amazon, Apple and Facebook all entered the market in the last several years, seeing smart speakers as a conduit to introduce voice-based assistants into millions of homes around the world.

With technology conglomerates under scrutiny from regulators and politicians, other smaller rivals are challenging the business practices of the industry’s biggest companies in court. Epic Games, creator of the popular Fortnite game, sued Apple and Google over app store commissions. Facebook, now renamed Meta, was sued in November by a now-defunct photo-sharing app, Phhhoto, which asserted that Facebook violated antitrust laws.

Lawsuit says Meta shares blame in the killing of a federal guard.