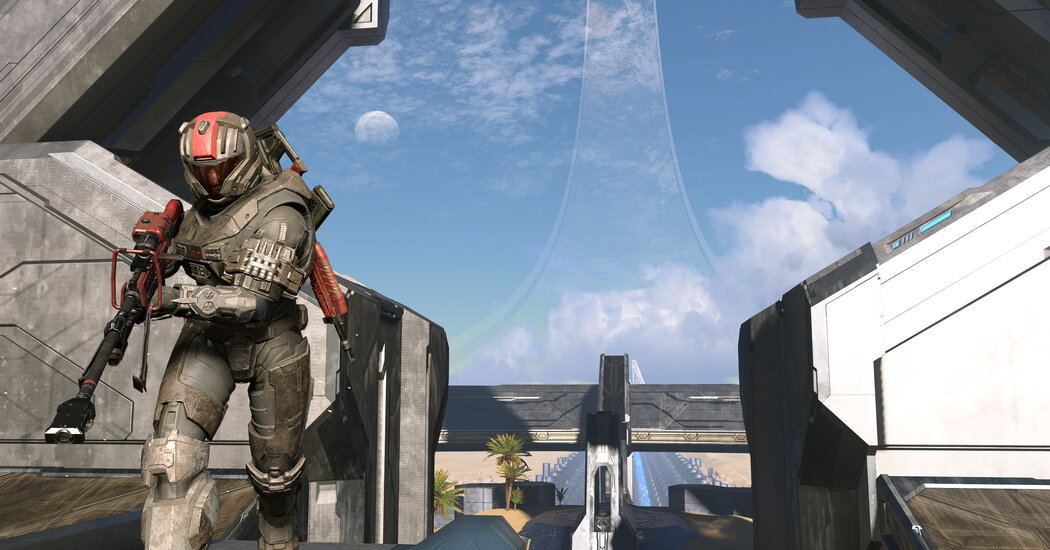 “It’s humorous,” he added. “It’s not dark and brooding. It’s not filled with antiheroes.”

In August last year, Microsoft said it was delaying the release because of “multiple factors that have contributed to development challenges,” like the difficulty and stress of producing a game remotely. Less than a month earlier, fans had roundly criticized a preview of the game for having uninspiring graphics.

Without Halo, the release of the latest Xbox last year was handicapped against Sony’s new PlayStation consoles. But larger economic issues may have broken in Microsoft’s favor: Global supply chain problems caused by the pandemic made both companies’ new devices hard to come by.

The delay gave developers time to “get constructive feedback from the community and really get some signals on what was resonating or not,” said Kiki Wolfkill, a 343 Industries executive who is leading the Halo effort across media, including a live-action television series premiering next year.

Bonnie Ross, the head of 343, said in an email that reaction to the Halo preview had been one reason for the delay. “The team was understandably disappointed, but it gave us a chance to take a step back and take it as an opportunity to improve,” she said.

The turbulence at the studio, however, goes beyond the yearlong delay. The six-year gap since Halo’s fifth game was released is the longest between any two major titles in the franchise — even longer than when Bungie, Halo’s original studio, split from Microsoft in 2007 and passed ownership of the game to 343.

“There’s always going to be turnover of leaders — it’s inevitable,” said Matt Booty, who heads Xbox’s slate of game studios. He added that sometimes, “the momentum of the project is going one way, and that person has a vision that’s going the other way.”

The Eternals is Marvel’s Superman movie