How a Mistake by YouTube Shows Its Power Over Media - AppMasterWorld.com

How a Mistake by YouTube Shows Its Power Over Media 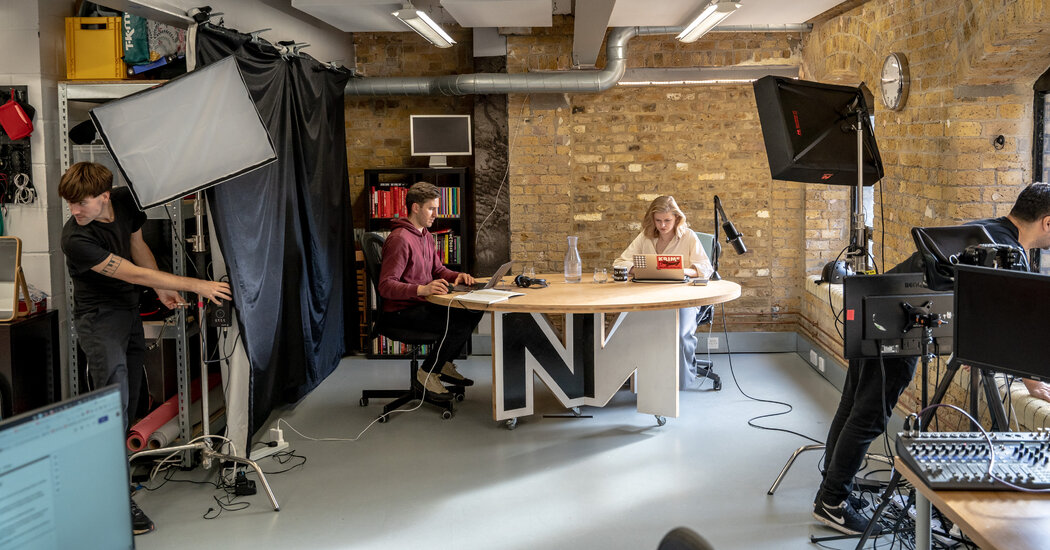 LONDON — The email subject line that arrived at 10:19 a.m. on Tuesday carried some of the worst information a small online news outlet can receive: “Novara Media we have removed your channel from YouTube.”

Novara had spent years using YouTube to attract more than 170,000 subscribers for its left-leaning coverage of issues like climate change, capitalism and social policy. Suddenly, and without warning, that powerful distribution tool was zapped — leaving people in the newsroom wondering how the organization could survive.

“We had this ambient awareness of our dependence on these big tech platforms,” Ash Sarkar, a contributing editor, said in an interview at Novara’s one-room office inside a converted biscuit factory. “But there’s nothing like having your livelihood snatched away from you to make you feel really disempowered.”

Every hour, YouTube deletes nearly 2,000 channels. The deletions are meant to keep out spam, misinformation, financial scams, nudity, hate speech and other material that it says violates its policies.

The gatekeeper role leads to criticism from multiple directions. Many on the right of the political spectrum in the United States and Europe claim that YouTube unfairly blocks them. Some civil society groups say YouTube should do more to stop the spread of illicit content and misinformation.

Sometimes that leaves organizations like Novara in the middle.

After an outcry online, YouTube restored Novara’s channel in a few hours, saying that it had been removed in error. But other independent journalists, activists and creators on YouTube often don’t have similar success, particularly in countries like Belarus, Russia and Turkey where YouTube is under pressure from authorities to remove opposition content and where the company does not have as much language or cultural expertise. Roughly 500 hours of video are uploaded to YouTube every minute globally in different languages.

“It’s impossible to get our minds around what it means to try and govern that kind of volume of content,” said Evelyn Douek, senior research fellow at the Knight First Amendment Institute at Columbia University. “YouTube is a juggernaut, by some metrics as big or bigger than Facebook.”

In its email on Tuesday morning, YouTube said Novara was guilty of “repeated violations” of YouTube’s community guidelines, without elaborating. Novara’s staff was left guessing what had caused the problem.

YouTube typically has a three-strikes policy before deleting a channel. It had penalized Novara only once before, after a news segment with scenes from an anti-vaccination rally — and YouTube later reversed that decision. Novara’s last show released before the deletion was about sewage policy, which hardly seemed worthy of YouTube’s attention.

One of the organization’s few previous interactions with YouTube was when the video service sent Novara a silver plaque for reaching 100,000 subscribers.

After Novara received the email that its channel was deleted, its internal Slack messaging channel was flooded with panicked messages about what to do next. Staff members worried it had been a coordinated campaign by critics of their coverage to file complaints with YouTube, triggering its software to block their channel, a tactic sometimes used by right-wing groups to go after opponents. Ms. Sarkar, who has more than 350,000 followers on Twitter, is often a target of racist and misogynistic abuse online.

An editor, Gary McQuiggin, filled out YouTube’s online appeal form. He then tried using YouTube’s online chat bot, speaking with a woman named “Rose,” who said, “I know this is important,” before the conversation crashed.

Angry and frustrated, Novara posted a statement on Twitter and other social media services about the deletion. “We call on YouTube to immediately reinstate our account,” it said. The post drew attention in the British press and from members of Parliament.

Within a few hours, Novara’s channel had been restored.

Later, YouTube said Novara had been mistakenly flagged as spam, without providing further detail. “We work quickly to review all flagged content, but with millions of hours of video uploaded on YouTube every day, on occasion we make the wrong call,” YouTube said in a statement.

Novara’s editors said they had been careful not to run afoul of YouTube’s rules. It has relied on the platform to publish all its videos, and sometimes used YouTube’s studio in London to film. Staff mined Google’s analytics tools for ways to find new viewers. About 92 percent of Novara’s budget comes from individual donors, many of whom discovered them through YouTube.

“They are a monopoly, there is no alternative,” said Michael Walker, who hosts Novara’s show “TyskySour.” “If we move to Vimeo or whatever other platform, we wouldn’t acquire the viewers.”

In Britain, where newspapers like Rupert Murdoch’s The Sun skew hard to the right, Novara’s coverage has stood out on the other side of the political spectrum. Subscribers to its YouTube channel grew over the past two years, helped by its critical coverage of the British government’s handling of the pandemic.

Everyone at Novara is paid the same wage, 16.50 British pounds per hour, regardless of rank.

Ed Procter, chief executive of the Independent Monitor for the Press, the body that Novara voluntarily uses as its regulator in Britain, said it was at least the fifth time a news outlet had material deleted by YouTube, Facebook or Twitter without warning. Often, no reason is given for removing the content, he said.

“We have real concerns about platforms that are arbitrarily acting as regulators by default,” said Mr. Procter. He said the regulator had never received a complaint about Novara. “What you saw in the Novara Media situation is something we can see becoming a regular occurrence.”

Mr. Procter and others said the volume of wrongful takedowns is likely to increase as internet platforms face pressure from policymakers worldwide to do more to stop the spread of misinformation, racism and illicit content.

Under a draft law in Britain, companies could face billions of dollars worth of fines for not deleting content considered “legal but harmful,” a classification many critics say is overly broad and that will give companies even more discretion over what content is acceptable. The law includes provisions to protect journalism outlets, but there are disagreements about who would qualify.

“What was so frustrating was that in a powerful English-language country like the U.K., when there is an outcry YouTube pays attention and reverses its decision,” said Ms. Clarke. “We rarely see this in other non-Anglophone countries.”

At Novara, the team had turned the experience into fresh content, running a special live show at 5 p.m. on Tuesday.

The next morning, Mr. McQuiggin informed colleagues another message had come from YouTube.