I Joined a Penguin NFT Club Because Apparently That’s What We Do Now - AppMasterWorld.com 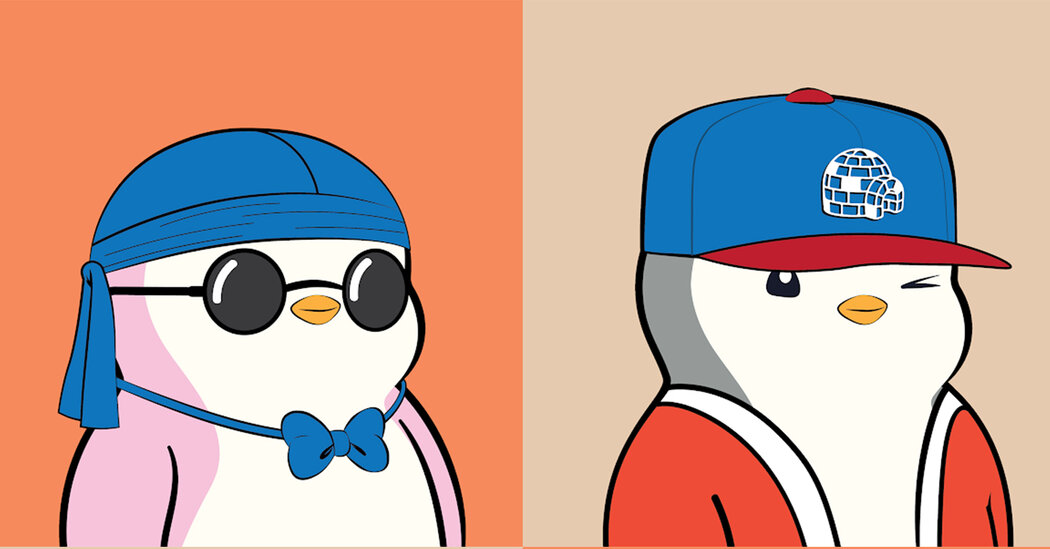 “There was huge meme potential in fat-looking penguins, so we decided to roll with that,” Mr. Patterson said.

The first community NFT was the CryptoPunks, a series of 10,000 pixelated characters that was sold starting in 2017. They became a luxury status symbol, with single images selling for millions of dollars, and paved the way for other community NFTs, including the Bored Ape Yacht Club, a group of 10,000 cartoon primates that now sell for upward of $45,000 apiece.

Mr. Patterson and his co-founders hope that Pudgy Penguins will end up joining the NFT pantheon. The original collection sold out within 20 minutes, and more than $25 million worth of them have changed hands overall, according to NFT Stats, a website that aggregates data on NFT sales. Early this week, it was still possible to score a penguin for a few thousand dollars, but penguins with rare features, such as different-colored backgrounds or gold medals around their necks, can go for much more. The most expensive was Pudgy Penguin #6873, which sold for $469,000.

I messaged Mr. Patterson on Tuesday, asking if he had any advice for getting my own Pudgy Penguin without breaking the bank. (The New York Times’s expense policy does not, sadly, cover JPEGs of birds.)

“Hold on, I might be able to do something,” he wrote back.

Minutes later, two Pudgy Penguins — #3166 and #5763 — appeared in my cryptocurrency wallet. One was an image of a penguin with a do-rag and sunglasses; the other was wearing a baseball hat with an igloo and what looked like a bomber jacket. They were a gift, Mr. Patterson said, in appreciation of my willingness to learn about the community. (Since I can’t ethically accept gifts, I’ll be sending my Pudgy Penguins back to Mr. Patterson after this column publishes.)

I then joined the Pudgy Penguin Discord server, where I was greeted by a throng of fellow owners who were excited to see me, not least because they thought getting attention from The Times would increase the value of their own penguins. (After I received my images, I got offers to buy them for thousands of dollars.) The co-founders of Pudgy Penguins earn a royalty every time a penguin is sold, but other owners stand to profit only if they can resell their penguins for more than they paid.

Like any good crypto-clique, Pudgy Penguin owners have developed their own language and customs. Penguins are “pengus.” Owners are “huddlers.” “Tufts” are a rare, valuable type of penguin with no head covering, while “floors” refer to cheaper and more common varieties.