Key takeaways from Week 10 of the Elizabeth Holmes trial. - AppMasterWorld.com

Key takeaways from Week 10 of the Elizabeth Holmes trial. 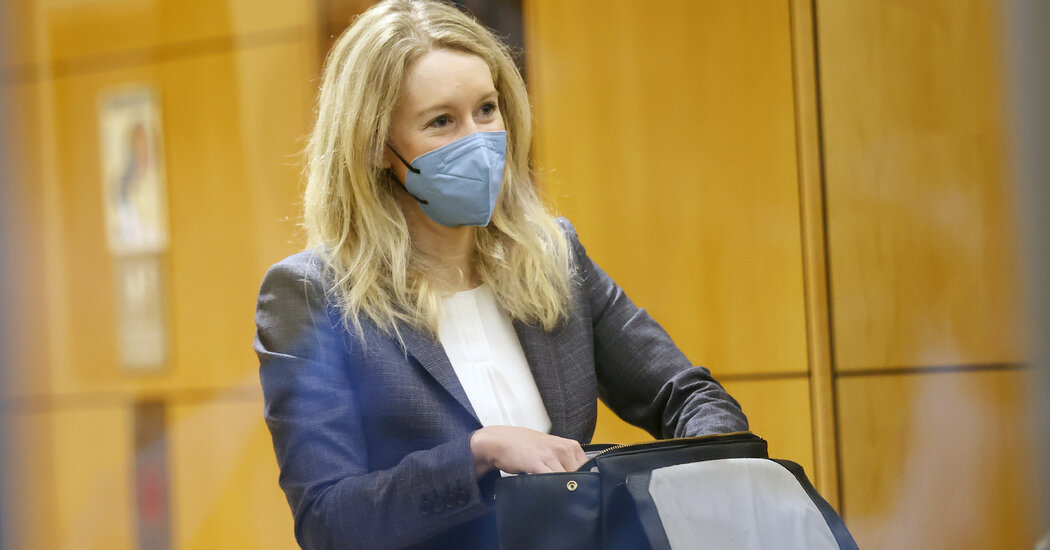 This week, the main witnesses at the fraud trial of Elizabeth Holmes, the founder of the blood testing start-up Theranos, were former lab directors who testified about some of the inner workings of the failed company. But a different issue increasingly loomed over the proceedings: Just how long is Ms. Holmes’s trial going to last?

Here are the key takeaways from this week’s events.

First there was a Covid scare. Then a juror had to travel for a funeral. Then a broken water main canceled testimony. And on Tuesday, the court’s technology system went down, delaying proceedings several hours and forcing lawyers to show exhibits on a projector.

Judge Edward Davila of U.S. District Court for the Northern District of California, who is overseeing the case, apologized and said he was “very embarrassed” by the technical issues. The witness stand was outfitted with a lamp.

The delays, cancellations and other unexpected interruptions have added to a growing sense of time pressure for a trial that was originally set to begin in mid-2020 but was then postponed many times by procedural issues, the pandemic and, finally, Ms. Holmes’s pregnancy.

By the time jury selection began in August, six years had passed since The Wall Street Journal exposed how Theranos’s claims about its technology were not what they appeared to be. Many witnesses have said during testimony that their memory of events — some from more than a decade ago — was not crystal clear.

The prosecution has taken 10 weeks to get through 23 witnesses from a list of nearly 200 it could call. By contrast, the homicide trial of Kyle Rittenhouse over the shootings last year in Kenosha, Wis., has heard 26 witnesses in six days.

Many of the boldface names on the prosecution’s list, like Henry Kissinger, Rupert Murdoch or David Boies, have not yet been called. Judge Davila’s public calendar has the trial set to end on Dec. 10.

On Wednesday, the prosecution provided some timing clarity. Prosecutors said they were likely to rest their case against Ms. Holmes next week. Then her defense will be up next.

A lab director who never visited the lab

Lynette Sawyer, a public health doctor who was a co-director of Theranos’s lab in 2014 and 2015, testified to the lab’s fly-by-night nature.

Dr. Sawyer said she had never set foot inside it, for instance. She said she hadn’t known it was developing its own tests and hadn’t heard of Edison and miniLab, Theranos’s testing machines, or the nanotainer, its blood collection cartridges. She did not get reports about lab activities, she said, nor did she meet Ms. Holmes.

Her job, Dr. Sawyer testified, was to sign documents that she could not edit. She left, she said, because she felt “very uncomfortable about the lack of clarity about the lab.”

Dr. Sawyer worked alongside Dr. Sunil Dhawan, who testified earlier that he had spent a total of five to 10 hours doing work for Theranos. Dr. Dhawan was a dermatologist with no experience in laboratory science.

Dr. Kingshuk Das, who became Theranos’s lab director in 2016, provided a look at the fallout from critical media reports about the company — and how Ms. Holmes reacted.

Shortly after The Journal’s exposé of Theranos in the fall of 2015, the Centers for Medicare and Medicaid Services, the regulatory body that oversees laboratory testing, conducted an inspection of the start-up’s lab. The agency then sent the company a notice titled “Condition Level Deficiencies — Immediate Jeopardy.” In its report, the agency laid out how Theranos’s lab was not in compliance with regulations and said it was possible that every patient test the company conducted on one of its machines was inaccurate.

When Dr. Das laid out the problems to Ms. Holmes, he said, she suggested an alternative explanation from Daniel Edlin, one of Theranos’s employees: The Theranos machines had not failed; there was simply a problem with the quality-control processes.

Dr. Das disagreed and concluded that Theranos should void as many as 60,000 tests, sending patients a report that simply said, “Void.”

In cross-examination, Lance Wade, a lawyer for Ms. Holmes, pointed out that she agreed to void the tests, despite “a fair amount of media scrutiny” and “potentially serious ramifications for the company.” Dr. Das, who gave most of Mr. Wade’s questions one-word answers, said he did not know Ms. Holmes’s intentions. Unlike previous lab directors, Dr. Das reported directly to Ms. Holmes.

Ultimately, Dr. Das testified that Theranos’s testing machines, which promised to do comprehensive blood testing on a drop of blood, had malfunctioned from the start.

“I found these instruments to be unsuitable for clinical use,” he said.

U.S. Sues Uber, Saying It Discriminated Against People With Disabilities

Ancient Olympia to be digitally preserved