Roblox Goes Down, Forcing Children Outside for Halloween - AppMasterWorld.com

Roblox Goes Down, Forcing Children Outside for Halloween 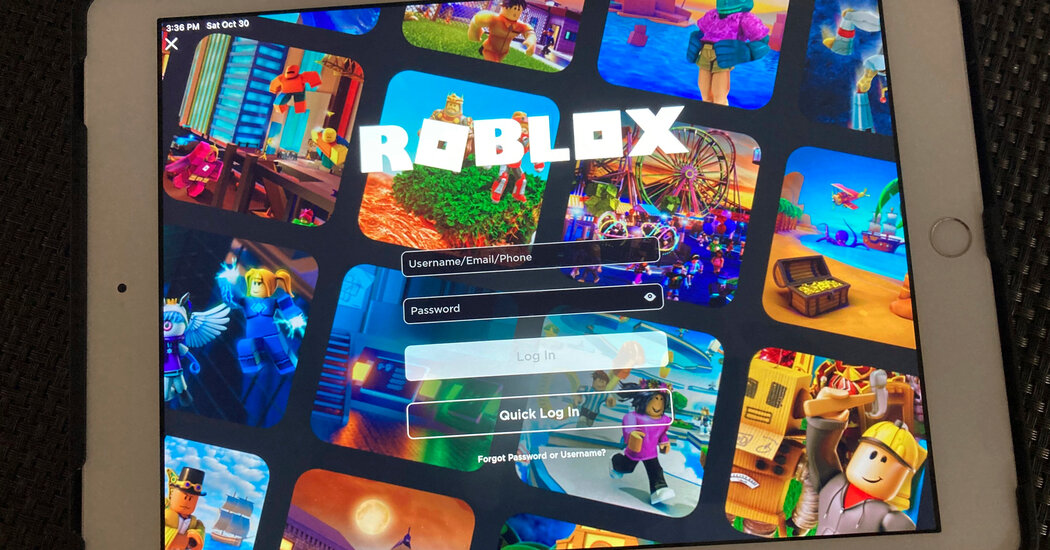 This weekend, children around the country began acting strange, as though they were emerging from a trance. They moped around their houses. They started hanging out with their parents. They powered up long-neglected electronics in search of entertainment. Some even — gasp! — went outside.

The culprit for their spooky behavior? Roblox, or the lack of it.

Roblox, the gaming platform that is wildly popular among children, especially those from 9 to 12 years old, was knocked offline starting Thursday afternoon. Attempts to use the website resulted only in a message: “We’re making things more awesome. Be back soon.”

On Sunday morning, Roblox’s official Twitter account wrote that the company had identified the “root cause and solution” and was working to restore the platform. Hours later, the company tweeted that it was “back online everywhere!”

The platform, a blocky, colorful online universe that hosts millions of unique games created by independent developers — some who are young adults or even teenagers themselves — attracts more than 43 million players every day. So social media was soon filled with horrified children who could not log in and frustrated parents demanding answers.

“My god daughter outside playing with a soccer ball had me thinking the world was ending,” one person tweeted. “Turns out Roblox down.”

A Roblox spokesman referred to the company’s tweets but did not comment further. The company also shot down a viral rumor that a Chipotle promotion that began shortly before the outage had caused the platform to crash. Roblox tweeted on Friday that “this outage was not related to any specific experiences or partnerships on the platform.”

In the meantime, parents were left to cope with stressed-out children. In Aliso Viejo, Calif., Harper Deal, 9, has been watching television, scrolling through TikTok and decorating her house for Halloween. She usually plays Roblox with her cousin who lives out of state.

“When Roblox shut down, I haven’t really talked to her that much,” Harper said in an interview, before rushing to her room to check again if the platform was back online. “I don’t know what to do.”

Harper’s mother, Aishia Deal, noticed Harper had been exhibiting some odd behavior: “Yesterday, her and her best friend actually had to go outside and play,” she said.

The spooky season is upon us. Make the most of Halloween, safely, with some help from The Times.

Normally, Ms. Deal said, Harper gets home from school and immediately logs into the online universe with her friends, sometimes without even pausing to eat.

“It’s what they do, so they’re a little lost,” she said. “I’ve never seen my daughter this much in one day.”

Megan Letter, a YouTube host and Roblox game developer, said she had been getting frantic tweets from children wondering whether the platform would ever return.

“There is some panic, but that’s normal with children,” she said. “Your whole life is Roblox; that’s all you know. You live, eat, breathe Roblox, so all of the sudden when it’s taken out of your routine, it’s a little bit stressful.”

In Bethesda, Md., 13-year-old Garvey Mortley was also trying to find a way to fill the time.

“I didn’t really have any Halloween plans before — my only plans were to play Roblox, so that kind of got ruined,” she said.

Garvey’s mother, Amber Coleman-Mortley, said she was using the outage as an opportunity to teach Garvey about how companies’ problems can affect their stock — Roblox went public in March — and the ripple effects these issues can have on people.

“It’s the end of the month, people have to pay their bills, and if Roblox is their only stream of income, that’s a problem,” Garvey said she had realized.

That was the case for Austin Enders, a 23-year-old from Indiana who relies on income from Roblox game development and two YouTube channels associated with the platform to earn a living. Mr. Enders said he had enough money saved up to avoid anything calamitous, but said the situation “still kind of stinks.”

Ammon Runger, a 16-year-old developer, said the Halloween weekend was “absolutely the worst time this could’ve happened,” because of the many special Halloween-themed events developers had planned for their games. He said that developers were estimating that millions of dollars in revenue had been lost since the outage began.

Despite the presence of Halloween festivities, children looking for fun this weekend seemed more interested in finding something that could come close to mimicking the feeling of playing Roblox.

“It’s kind of too late to go trick-or-treating because I don’t have a costume,” Garvey said. “I guess I’m just going to play other games like Animal Crossing.”

Learning to Live With Mark Zuckerberg