To Build the Metaverse, Meta First Wants to Build Stores 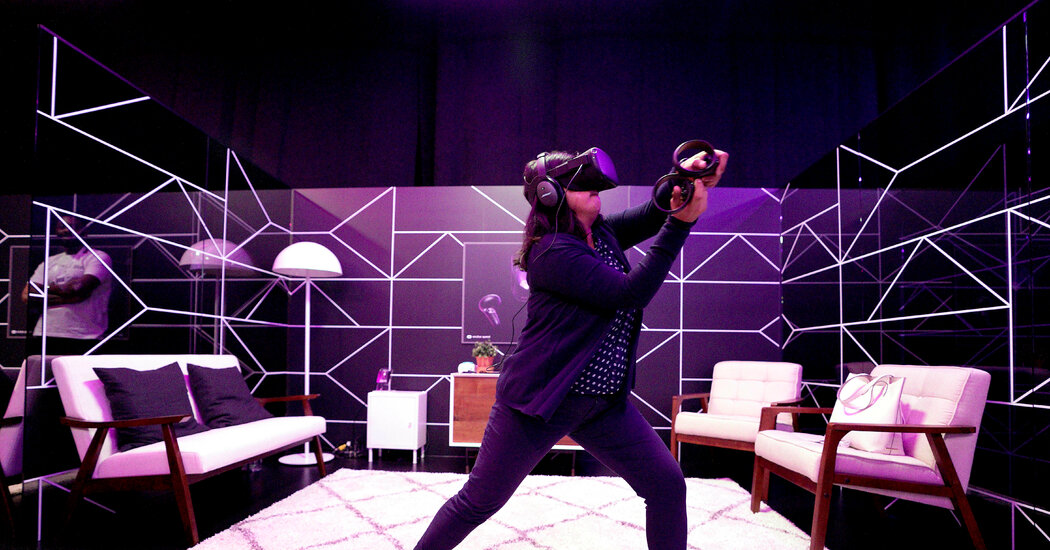 SAN FRANCISCO — One of Mark Zuckerberg’s first steps toward building the metaverse may be physical instead of virtual.

Meta, the social media company formerly known as Facebook, has discussed opening retail stores that will eventually span the world, said people with knowledge of the project and company documents viewed by The New York Times. The stores would be used to introduce people to devices made by the company’s Reality Labs division, such as virtual reality headsets and, eventually, augmented reality glasses, they said.

These devices are gateways to the metaverse, a futuristic digital world where people move from virtual to augmented versions of reality almost seamlessly. Mr. Zuckerberg, Facebook’s founder and chief executive, last week renamed his company Meta and laid out a vision for pursuing the metaverse as the next social platform. The stores would help show people that virtual reality and augmented reality can be fun and exciting, exactly the way Mr. Zuckerberg sees it.

The aim of the stores is to make the world “more open and connected,” according to the company documents viewed by The Times. They are also intended to spark emotions like “curiosity, closeness,” as well as a sense of feeling “welcomed” while experimenting with headsets in a “judgment free journey,” according to the documents.

Discussions about physical stores predated Facebook’s rebranding by many months, with serious work on the initiative having started last year, the people said. And the project, which is still in development, may not proceed, they said. But if Meta moves forward with stores, it would be a first for a tech giant that has existed largely digitally, with more than 3.5 billion people using its apps such as Facebook, Instagram, WhatsApp and Messenger.

A Meta spokeswoman said the company couldn’t confirm plans for stores but said its latest virtual reality headset was “in high demand” and that its hardware was available at partner retailers.

“We are, at best guess, at least five to 10 years out from a fully fleshed out Meta product or service,” said Tim Derdenger, a professor at Carnegie Mellon University’s Tepper School of Business. He said what Meta was working on was akin to the computer game Second Life from the early 2000s, calling it “a second shot at a Second Life-like service, but that is hopefully more immersive.”

Still, Mr. Zuckerberg has said he sees the moment to build what he believes will be the next major shift in computing platforms since the smartphone era. In that future, Mr. Zuckerberg’s apps would no longer be beholden to the rules dictated by Apple and Google, which own the app stores that distribute Facebook, Instagram, WhatsApp and Messenger.

Technology companies opening their own stores is not new. Gateway, a personal-computer maker, had its own stores in the 1990s. Apple has retail stores so people can test out devices and get their questions answered. Microsoft, Amazon and others have followed with their own stores as well.

In recent years, Meta had experimented with some physical retail efforts. It opened “pop-up” kiosks at airports and a pop-up store in Manhattan’s SoHo district to show its Oculus hardware products. It also had a pop-up location with Macy’s in 2018, with the aim of bringing more small business onto the platform.

Should Meta’s new stores proceed, they would feature products such as Portal devices — teleconferencing gadgets that let people video chat over Facebook — as well as the Oculus headsets, the company documents said. The stores could also include voice-activated sunglasses that Meta developed with Ray-Ban, which people can use to take photos and video.

Early designs for Meta’s stores appeared modern, with a flat, minimalist aesthetic to the building exteriors and subtle placement of the Facebook brand, according to the documents. The company considered naming its stores Facebook Hub, Facebook Commons, Facebook Innovations, Facebook Reality Store and From Facebook, before eventually settling on the Facebook Store as a leading candidate, the documents said.

It was unclear how the Meta rebranding would affect the naming of the stores. Andrew Bosworth, a longtime Facebook executive who will become Meta’s chief technology officer, said last week that the Oculus brand would be discontinued and replaced by the Meta name. The Oculus Quest will become the Meta Quest, while the Facebook Portal will be rebranded the Meta Portal, he said.

The flagship Facebook Store had been planned for Burlingame, Calif., where Meta has an office for its Reality Labs employees. It was also unclear whether those plans would continue.